When the truth is stranger than fiction...

This transformational thriller is based on reality. It is the first in The Secret Keeper Series. The author, Dawn Clark, is a lifelong “sensitive” who draws from her experiences as a healer to show us the Light - and Darkness - we hold in our hearts.

Her father was an elite American counterintelligence agent who spent years in deep cover. She assisted him in writing novels that chronicled his adventures. What he told her set the foundations for the Secret Keepers series and predated the CIA's release of documents concerning MK-Ultra.

It is a well-known fact that militaries around the globe have been engaged in research in the arena of supernormal abilities and programming of the human psyche for decades.

Dawn's message is that we all have great potential. We can be heroes just like the ones in her book. The choice of how you use your strength, or if you use it, is ultimately in your hands.

Dawn Clark’s well researched new book is a gripping adventure. It propels the reader to follow her psychic heroine along the high-flying tightrope separating the emotional astral plane of Alister Crowley, and Russia’s frightening version of CIA’s MK-Ultra.

The World Needs a New Kind of Hero... Could It Be You? 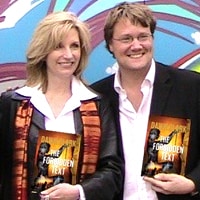 Dawn Clark is one of those rare authors who crosses traditional genres and captivates virtually everyone– whether they’re into thrillers, mystical phenomena, spy novels or psychological dramas.

This riveting book has it all!

When ordinary American citizens unleash a wave of terrorist attacks, the President calls upon master spy James Clark. However, when conventional methods fail to uncover who is behind the threat of these Sleeper Agents, AWOL is forced to consider alternatives.

In an unprecedented move, they recruit Katrina Walker, a young woman whose gifts in energetic perception have renowned her as the “human lie detector.”

Hermann Hubert, the puppeteer behind the attacks, is hunting for an artifact capable of bestowing god-like powers. In order to stop him, Clark and Katrina must unlock the secrets of the past and sacrifice everything.

Dawn Clark's novel, The Forbidden Text, is a real thrill ride for the soul! It grabbed me from the start and I couldn’t put it down.
​Her work is a real hope for humanity.

Buy On Amazon
Buy on B & N.com

Wrapped up in a thriller genre, which moves along at breakneck pace - The Forbidden Text is an amazing tale of intrigue that explores the nature of "good" and "evil" in a modern-day setting that is transformative, thought-provoking, and gripping.​ 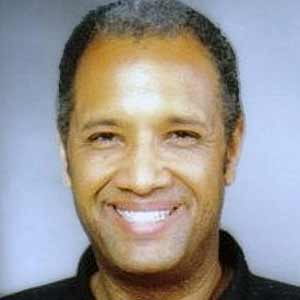 - Author and screenwriter of "Cecil B DeMille, The Man Who Invented Hollywood"

Dawn Clark has done an excellent job in blending metaphysics, quantum physics, and political intrigue into a fast-paced action-thriller that makes us rethink everything we know about reality.

This book will facilitate deep levels of awakening at your core.

Beyond being a brilliant thriller, The Forbidden Text will raise the hair on the back of your neck.

Truth and fiction meld into the ethers.

How the Magic Happens